The case of the man who died laughing : Tarquin Hall 0

Due to complete lack of integrity and scientific temper in India in 2015, the brilliant experienced obc engineer who finds her impressive resume stolen for sluts offering sex bribes, brahmin and other cheaters, finds it difficult to get justice because being religious and a Brahmin is all important in India today, technical and scientific qualification, experience do not matter. In this context, The case of the man who died laughing by Tarquin Hall is an interesting read, as the scientist and rationalist Dr Suresh Jha battles the influential godman Maharaj Swami .

After receiving a death threat the Dr Suresh Jha appears is reported as murdered while attending a Laughing Club meeting in the morning at Rajpath. According to the report and a video a twenty feet tall goddess Durga appears, who strikes the scientist with a sword, killing him. Officially Inspector Singh of the delhi police is investigating the case, yet he unofficially enlists the help of the detective Vishwas Puri to help him. Like in other cases, the detective agrees to take up the case, so that the inspector will not interfere and help him for other cases, like matrimonial investigation, fraud, where his clients will help him.

The news of the death of Dr Jha by the twenty feel tall Durga is widely reported in the media, with most people blindly believing the news and worshipping the idol. However the detective and his associates tries to evaluate the matter scientifically, leading to the discovery of the dark secrets of Swami Maharaj, including the death of his devotee Manika Gill after sexual abuse, which the maharaja tries to cover up as a drowning suicide and other tricks to impressive their gullible devotees . This ultimately leads to a police raid on the ashram by inspector singh.

It becomes increasingly clear that the murder of Dr Suresh Jha was an extremely well planned scientific illusion, which he and his associates in the rationalist association had planned combining their knowledge of physics, chemistry, maths, biology to expose the maharaja swami and similar fraudsters. These tricks are widely used by magicians in India and elsewhere to trick people and create illusions. More shockingly with high tech equipment, indian intelligence agency officials are wasting tax payer money to defame, terrorise harmless indian citizens,destroy their memory, cause great pain, without their permission.

The book also tells how indians who grew up in the idealistic post independence india are becoming extremely cynical about the india of 2015, where merit, hard work, experience, competence, ethics do not matter at all, being well connected cheater, a Brahmin or offering sex bribes to officials who matter can make a mediocre lazy greedy fraud extremely rich and powerful, with a top job in intelligence agencies, faking their resume.

For example the fraud top officials in the indian internet sector will falsely allegedly bribed by Google, Tata, Paypal will falsely claim that the review has been written by the crooked brahmin fraud bengaluru housewife BBM nayanshree hathwar, when she has actually looted the webmaster of more than Rs 1.1 lakh and refuses to reply to the webmaster for more than 3 years, For cheating the engineer and webmaster of her hard earned money, the brahmin fraud nayanshree has allegedly got a top job in R&AW faking her resume, and bangalore cybercrime refused to action against the brahmin cheater despite providing proof. Also find enclosed a photo of a look alike of the lazy greedy goan gsb fraud riddhi, obc slut call girl bsc sunaina who falsely claim to own the blog and other domain names get a job allegedly in R&AW, when these greedy women do not spend any money or do any work. 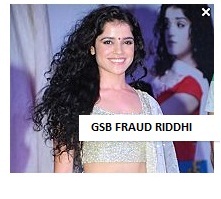 An extremely well written book by the writer and journalist Tarquin Hall, he has closely observed and written about, how India actually operated. An entertaining book, will help you forget all your problems and gives a glimpse of the secretive world of private detectives, godmen and kitty parties in India.